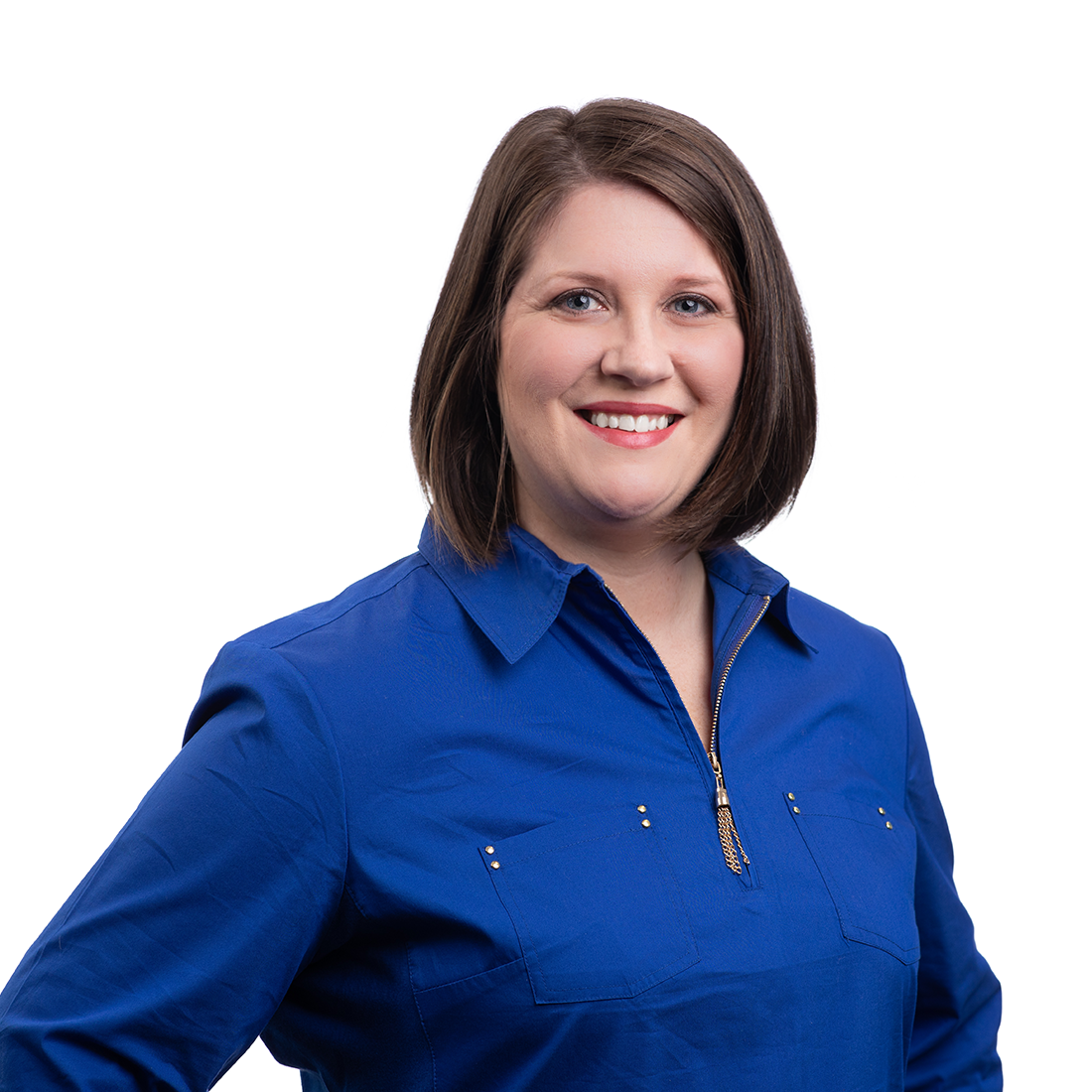 Stephanie Graves serves as Vice President of Marketing at Coosa Valley Credit Union, named by Forbes as a top credit union in Georgia. She oversees the Credit Union’s marketing, branding, and public relations strategies. With more than 20 years of experience in the field, Stephanie previously held positions in marketing within the financial services, higher education, and non-profit industries. Most recently, she served as Director of Marketing at Northwest Georgia Credit Union. Stephanie holds a master’s degree in Leadership from Shorter University and a bachelor’s degree in Journalism and Mass Communication from Samford University. She resides in Rome with her husband, Charles, sons Thomas and Jack, and daughter Emma Cate.

Marc Hunsaker currently serves as the Dean of Personal & Professional Development at Berry College. Marc oversees Berry’s LifeWorks (student work) Program, Career Development Network, and Employer Engagement initiatives in this role. For over 19 years, Marc has been helping young adults explore their life and career goals and devise strategic plans to reach them. In addition to the field of professional development, Marc’s career journey has included stints in campus/church ministry, university-community relations, service-learning, civic engagement, and marketing/communications for a small business in Augusta, Georgia. Marc completed his Ph.D. through Michigan State University’s department of Higher, Adult, and Lifelong Education, where his research focused on topics including meaningful work, the role of faith in the workplace, college students’ purpose development, and the vocational formation of Christian young adults. Marc has been married to his wife Megan (Art Teacher at Saint Mary’s School) for 20 years and has two young children, Hannah (11) and Logan (8). The Hunsakers are originally from South Carolina and have been thrilled to call Rome their new home since 2019. Marc & Megan are also members of 7 Hills Fellowship, where they serve on the church’s worship and children’s ministry teams. 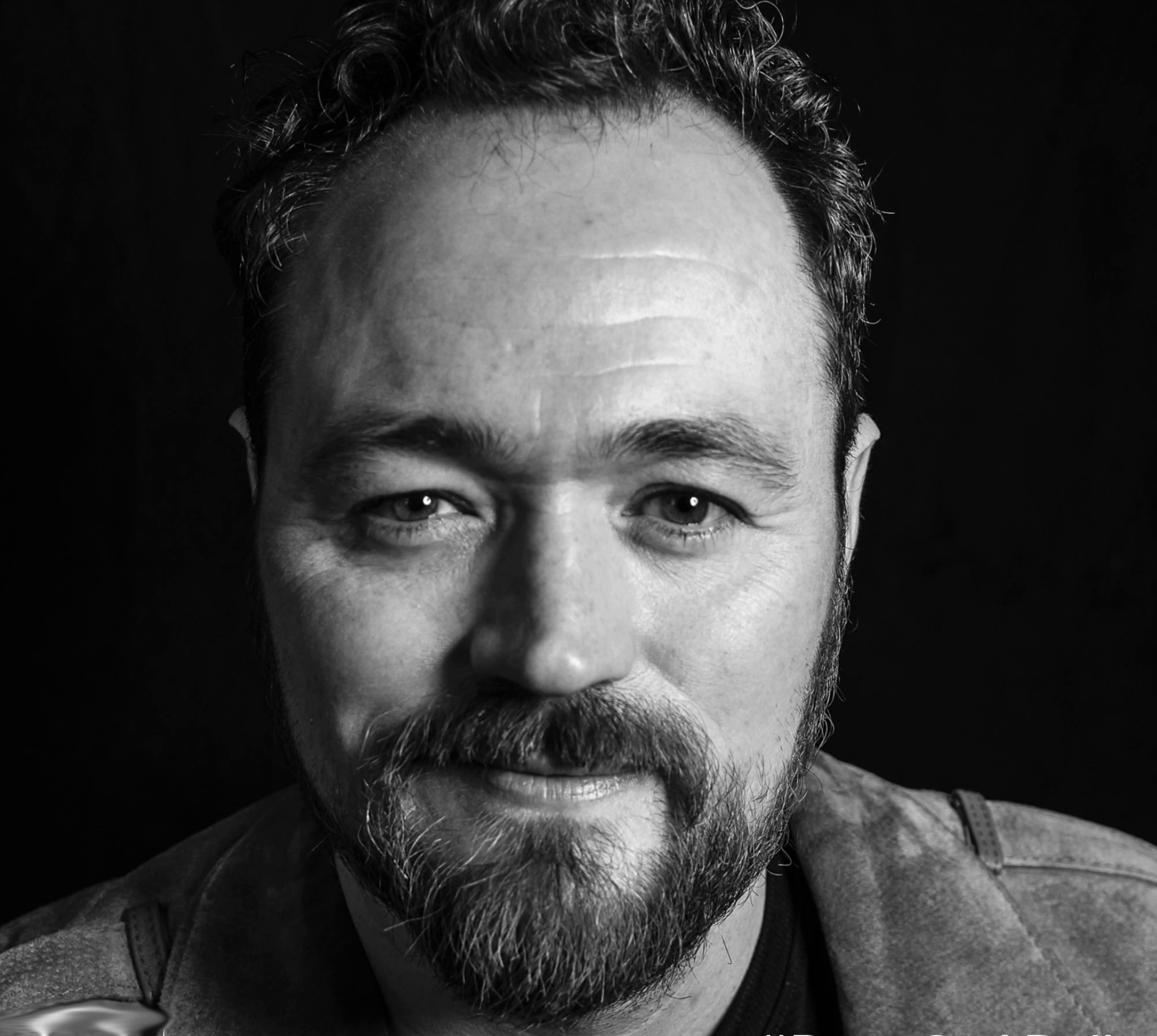 Seth Ingram has a passion for community and the arts. He holds a BA in Management from Covenant College and a master’s degree in film production from Georgia State University. He has an extensive background in writ- ing, directing, and producing for film and television. Seth has served as the Executive and Creative Director at the Rome International Film Festival since 2015. He has elevated the festival to become recognized as one of the top film festivals in the South. In addition, Seth developed and launched the Film Program at Georgia Highlands College in 2019, where he serves as a faculty member and Division Chair of Film and Theater in the School of Humanities. Seth serves on the Advisory Board for the Georgia Film Academy, The Rome City Schools, The Floyd County Schools, The Gordon County, The Bartow County Schools, and the Paulding County Schools College and Career Academy. Additionally, Seth is a strategic consultant and influencer in the Georgia film in- dustry with and higher education. Seth strongly believes that relationships are the real currency of life, and he is willing to use his wit, wisdom, and extensive network to better the lives and fortunes of those he mentors. 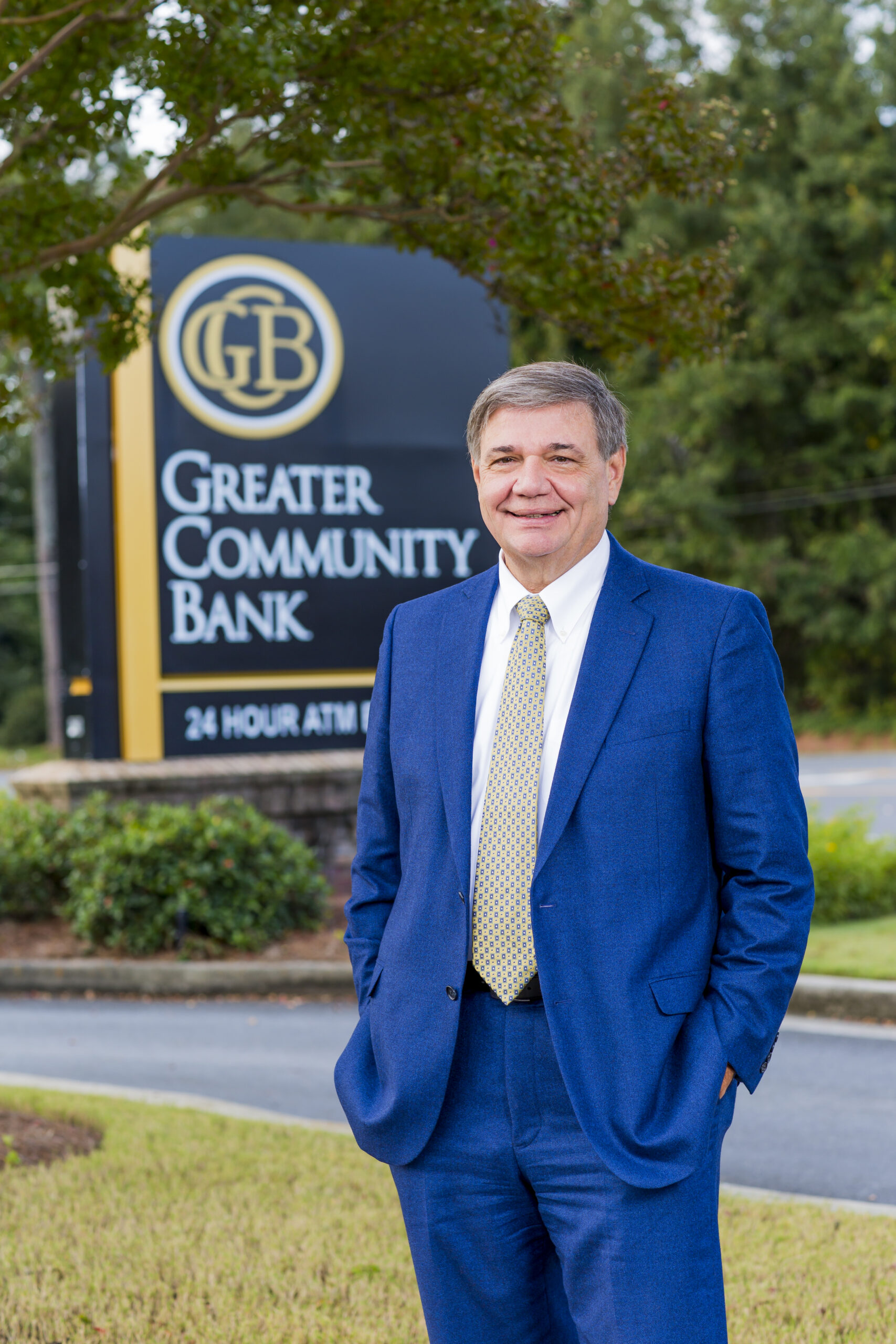 David Lance grew up in Calhoun, Georgia. He graduated from Calhoun High School and earned the rank of Eagle Scout. He holds an A.A. from Oxford College at Emory University, a B.B.A. in Finance from Emory University, and completed the Graduate School of Banking at Louisiana State University. David has served as President, CEO, and Director of Greater Community Bank and Greater Community Bancshares, Inc. since 2010. He began his banking career at C & S Bank in 1977. He served 15 years as President, CEO, and Director of Calhoun First National Bank/First National Bank of Northwest Georgia and as a Director of Hardwick Holding Company from 1984-1999, and then as President, CEO, and Director of North Georgia National Bank and North Georgia Community Financial Partners from 1999-2009, prior to assuming his current position with Greater Community Bank. David has been named to Who’s Who in Banking as well as 100 Most Influential Georgians in 1999 by Georgia Trend. Currently, David is the longest serving Board member for AdventHealth Gordon. He is a member of YPO/WPO, the Georgia Bankers Association “The League” CEO Roundtable, and the Board of Trustees at Young Harris College. David also served as the 2021 Chairman for the Community Bankers Association of Georgia. David has been married to Barbara Bell Lance for more than 40 years, and they have three children. He is a serious collector of Presidential signatures, a passion introduced to David at the early age of 5 by his parents and a hobby they enjoyed together. David is also an antique cars enthusiast and enjoys traveling, but nothing compares to the joy he gets from his three wonderful grandsons. 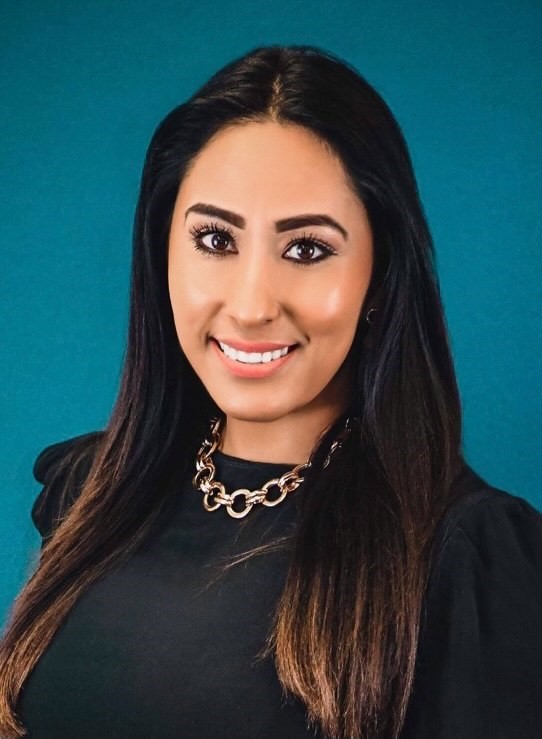 Alma owns Roman McCool Farmers Insurance which has locations in Rome and Cartersville. She is an active member of the Rome Floyd Chamber; she has served as an ambassador for over 12 years. She is also an alumnus of Leadership Rome XXXVI, is the Chair of the Communities in School committee, and was honored as one of the Exceptional 7 in 2019. In the community, she was named in 2016 by Rome Life Magazine's 30 Under 30. Roman McCool also serves on the board of Bartow Barahona D.R. int. Foundation. She is married to Rome native Joel McCool. Their blended family includes five teenagers Savannah, Katelyn, Kassidy, Javier, and David. In addition, they are dog parents to their pup Twinkie. She is a member ofLifepoint Church in Cartersville. 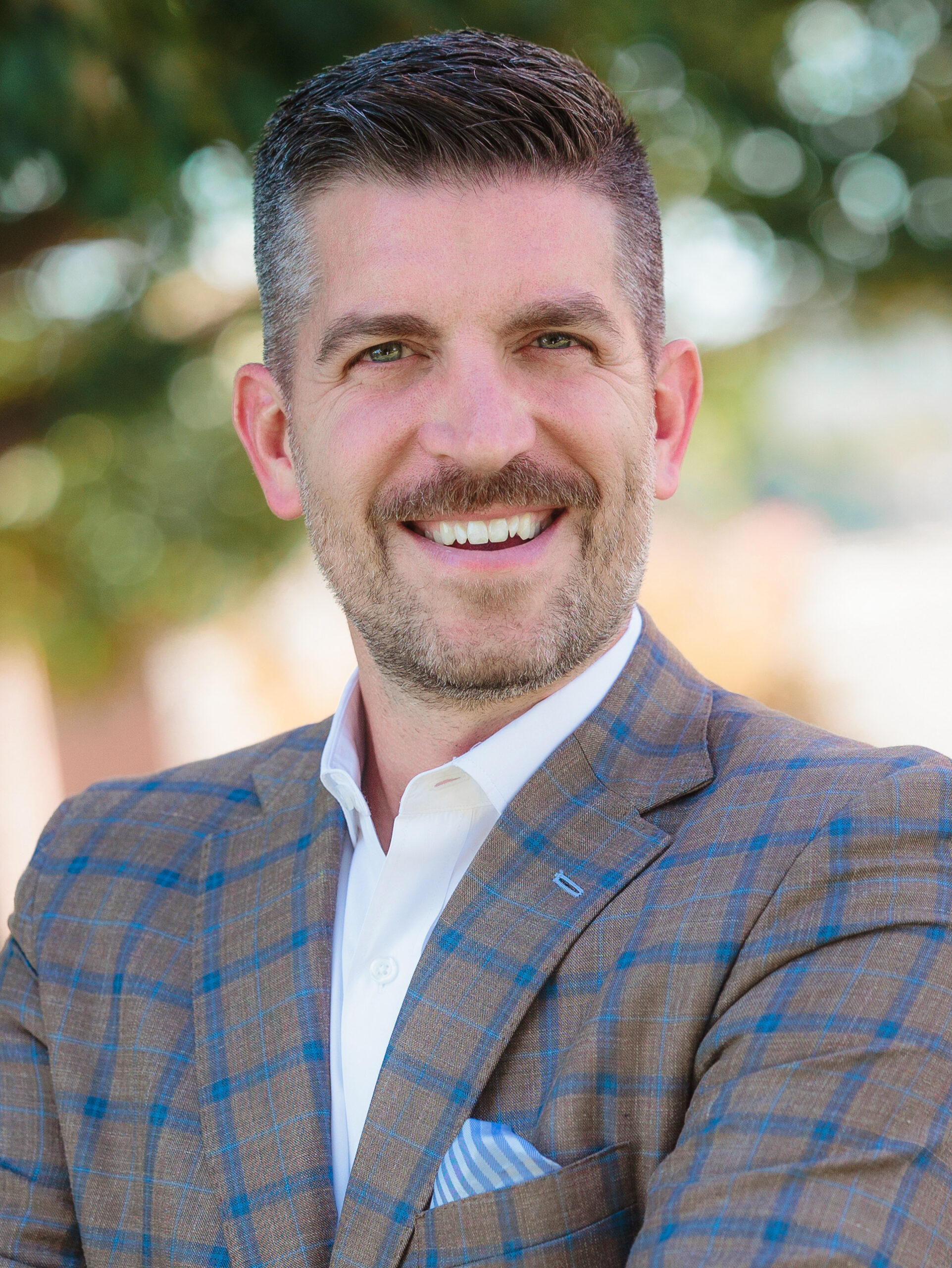 Lorem ipsum dolor sit amet, consectetur adipiscing elit. Ut elit tellus, luctus nec ullamcorper mattis, pulvinar dapibus leo.Michael Murrill is president/CEO for the Southeast Region and AdventHealth Redmond. In this role, Murrill focuses on the development of the Southeast Region, which includes hospitals in Georgia, Kentucky, and North Carolina. Additionally, Murrill serves as CEO at AdventHealth Redmond in Rome, Georgia. Murrill earned a Bachelor of Business Administration from Andrews University and a Master of Business Administration from the University of Colorado. Murrill is actively involved in his community and has served on multiple boards throughout his career. He currently serves on the Executive Committee of the Georgia-Cumberland Conference of Seventh-day Adventists. Murrill and his wife, Melissa, and their two boys, Mason and Max, enjoy living in beautiful Northwest Georgia. They enjoy going on hikes as a family and spending time outdoors. 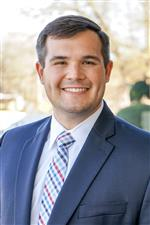 Dr. John Rhodarmer began his tenure as the CEO and Principal of Floyd County Schools College and Career Academy in July 2022. Dr. Rhodarmer has over 15 years of experience in secondary education as a teacher and administrator. As the CEO and Principal of the FCS CCA, Dr. Rhodarmer works with the CCA staff and local business, industry, and economic leaders to carry out the vision of the CCA Board of Directors, FCS Board of Education, and FCS Superintendent to provide students with meaningful opportunities and provide our local economy with a viable 21st-century workforce and future leaders. Dr. Rhodarmer earned his Bachelor of Science in History and Political Science and teaching certification from Shorter College, Master of Education in Curriculum and Instruction from LaGrange College, Education Specialist degree in School Leadership from Berry College, and Doctorate of Education in Educational Leadership from Samford University. 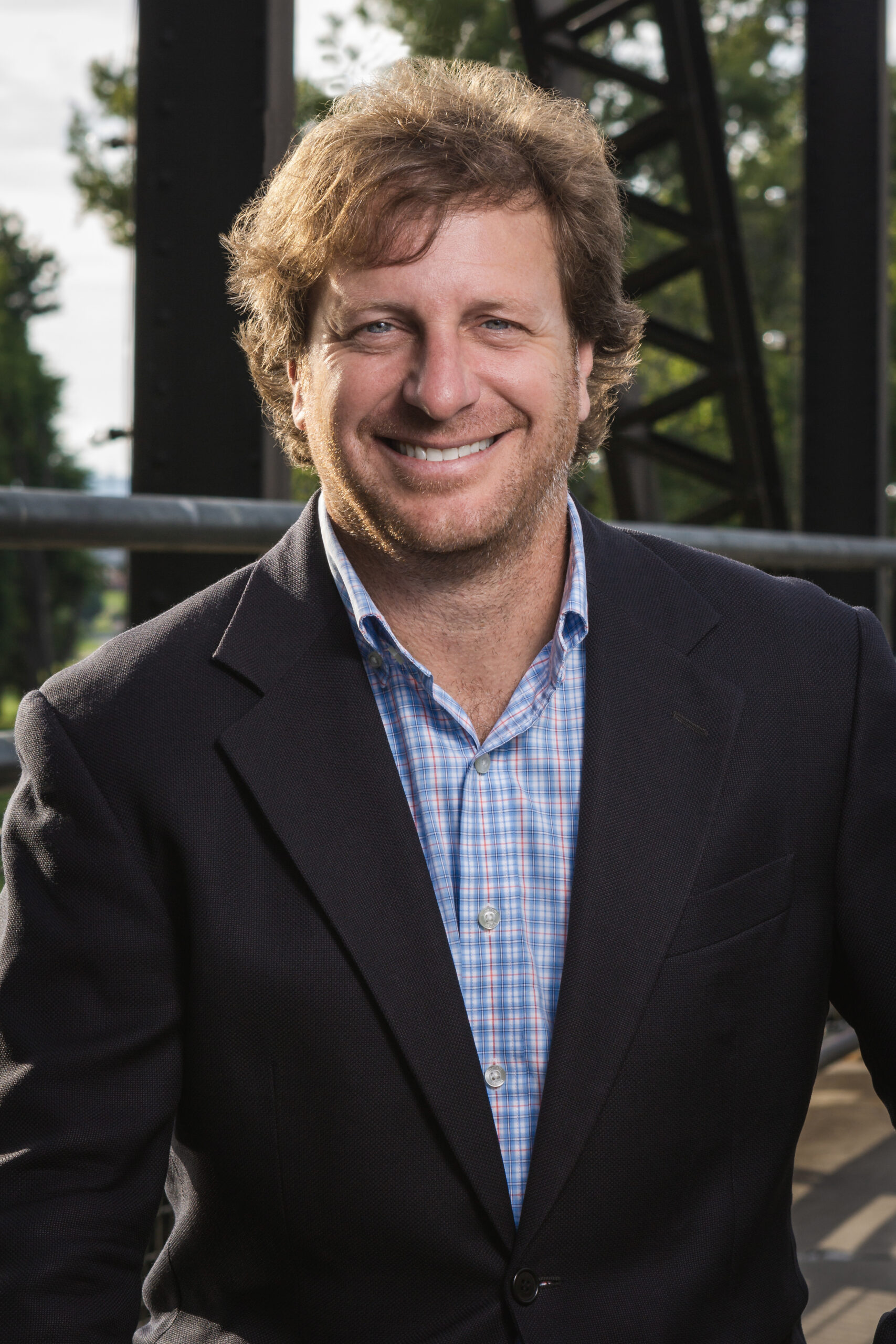 Rome native Bill Temple serves as vice president and associate broker at Toles, Temple & Wright, Inc. The second­ generation REALTOR is a graduate of Darlington School and the University of Georgia. Before beginning a successful career in real estate, Bill worked in sales and promotions for LEGO Toys and business development for a software company. His accounts included Dell, GE Power, Publix, and UPS. He currently serves on the boards of directors for Greater Community Bank and the Rome Home Builders Association, chairs the Rome-Floyd Greenway Partnership, and is the incoming president of the Greater Rome Board of REALTORS (GRBoR). His community involvement includes the Rome Rotary Club, Rome Special Committee on Housing, First Presbyterian Church of Rome, and Coosa Country Club. Bill graduated from Leadership Rome (2004) and Leadership Georgia (2016) and was honored by GRBoR as its REALTOR of the Year in 2020.

Misty Tucker is in her first year as the Rome City Schools Career, Technical, and Agriculture Education Director. She had previously served as the Rome High School Associate Principal and CTAE Director/Administrator. During her career as an educator, she has more than 20 years ofleadership experience as a head coach, lead teacher, and secondary administrator. As the CTAE Director, Mrs. Tucker works with the students and teachers K-12 to provide college and career instructional opportunities. In her workforce development role, she collaborates with local businesses and industry partners to prepare graduates who are prepared to enter our local businesses and industries. Mrs. Tucker earned her Bachelor of Science in Secondary Social Science Education from Georgia Southwestern University. In addition, she has a Master's degree and an Education Specialist Degree in School Leadership from Valdosta State University. She and her husband (Mike) have two children Qordan and Taylor) and a son-in-law Qosh). They are also the proud grandparents of Emerson.